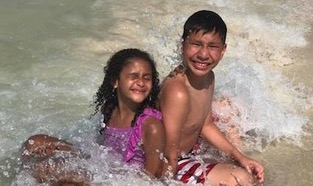 Today’s options in amplification allow listeners better access to hear what they want to hear, despite the obstacles of distance, reverberation, and noise.  In addition to increasing the clarity of speech while decreasing annoyance from noise, some of the primary goals of amplification are to make:

Despite the term "amplification," hearing devices, including hearing aids, assistive listening devices, and FM, do not equally amplify all sounds.  In fact, in the case of many modern hearing aids, the louder sounds may actually have no amplification whatsoever.  By using appropriately fitted “semi-closed” domes, as is often considered for children and adults with Auditory Processing Disorder (APD), many hearing aids even offer some noise protection against the loudest of sounds (as compared to the open ear).

Recently, “low-gain” hearing aids are starting to be used to assist children and adults with APD symptoms to better hear and understand speech.  It should be noted that low-gain hearing aids are not a special class of hearing aids. Instead, they are a very specific method of fitting hearing aids for children and adults with normal to near normal hearing who struggle with locating sound sources, using both ears to work together, hearing at a distance, hearing soft, rapid, or accented speech, or hearing in noise.  For these individuals, hearing aids offer something akin to wearing polarized lenses while driving into glaring sun.  Like sunglasses on the highway, hearing aids in noise are able to reduce the auditory bombardment, and emphasize the target speech signals, leaving the brain with more processing power to deal with any potential “speed-bumps.”

Up until recently, the only amplification option offered for children with APD was the use of FM systems.  FM systems (and remote microphones) are designed so a teacher (or another speaker) wears a microphone to send the sound of their voice directly to the ears of the listener either via a speaker, through headphones, through ear level “receivers,” or through hearing aids.  By doing so, the teacher’s voice bypasses both distance and background noise, and can be heard clearly and with only minimal effort, regardless of the position of the teacher.  The majority of the data on APD in children was gathered by countries that had supported the use of FM systems in the schools.  Children with access to these systems have been shown to be higher achieving, academically, as a result of their access to better hearing in the classroom.

While FM systems work incredibly well in their ideal environments, that is, with a teacher lecturing to his or her students, there are a number of drawbacks to their use in a more unpredictable setting.  For example, in group work, it is highly distracting to hear the teacher talking to the other group while trying to concentrate on hearing a classmate. Using it outside of school (assuming you’ve purchased the system and can take it off school grounds), to assist in hearing anyone, the microphone needs to be pointed at a speaking partner and preferably hung around their neck. While an adult with a lot of social competence may feel comfortable asking another adult to wear a microphone, from our experience, few children are willing to do so on a regular basis. It is for this reason (among others) that we decided to embrace the concept of low-gain hearing aids as they are both considerably more adaptable and portable than FM, as well far more socially discreet.

Hearing aids are really all-in-one.  They are nearly invisible and do not require you to hand out a microphone.  Instead, they use directional microphones (two microphones on each aid - with both aids communicating as a whole) to reduce background noise, and have a tiny, built-in computer that is able to reduce noise by comparing the qualities of the noise to that of individual speech.  Hearing aids can be very flexible.  They can incorporate the use of an FM (or an even smaller, remote microphone) but when worn alone, they still provide considerable benefit both in quiet and in noise.

Many people who use low gain hearing aids may also struggle with phantom sounds in the ears (tinnitus), and/or with pain from moderate to loud sounds (hyperacusis).  Others have intense anxiety or dislikes of certain types of sound (e.g., the “nails on the chalkboard"), which is known as misophonia.  Hearing aids have been shown to be a very useful component in the treatment of both tinnitus and hyperacusis.  Many people with tinnitus and hyperacusis do not need any specific programming for their symptoms.  The environmental sounds from their daily lives often offer enough distraction to not focus upon either the tinnitus or hyperacusis.

Hearing aids are also able to give a degree of mild protection from uncomfortably loud sounds and also can add in a soothing form of “masking” noise known as either “pink noise” or “white noise” (as well as any other sounds available online via Bluetooth streaming).  Through the use of this masking noise, particularly in combination with counseling and/or meditation, many tinnitus, hyperacusis, and misophonia sufferers have found significant relief.