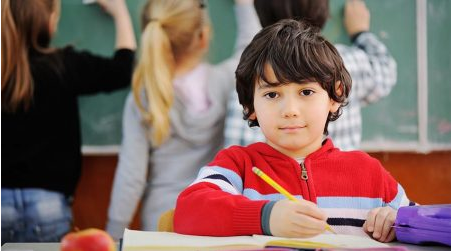 Unfortunately, neither method may have been ideal because - cochlear implantation can lead to a lot of negative outcomes, especially for a professional dancer, including loss of a sense of balance/vertigo, facial paralysis, loss/distortion of taste or smell, etc. The bone-anchored hearing aid would have been a bit easier on her, but would've required the surgical insertion of a titanium screw in the skull, and a vibrating hearing aid that would send all sound from her poorer ear to her better ear.

The third option audiologists usually consider for a unilateral hearing loss is what is called a conventional CROS fitting - meaning that a microphone (without any amplification) is placed on the poorer (assumed to be "dead") ear and the sound from that ear is piped to the better ear (using a hearing aid that picks up a radio transmission or a near-field magnetic transmission) from the poorer/dead ear. Then all sound is heard in the good/normal ear.

We did not choose ANY of these options. Instead, we decided to go with an off-label fitting, something called the AmpCROS, which would give Samantha access to stimulate BOTH ears, rather than just one, and without the potential side effects of using a cochlear implant (as well as considerably more access to bass than an implant could ever provide, due to its inherent limitations). The AmpCROS is an innovative method of basically hacking the “binaural phone” setting on the Unitron Tempus Moxi Fit aids, a setting designed to let a person pick up a landline phone to one ear and hear it in both, with the sound being streamed via a magnetic interface. So, basically, rather than sending a sound from a microphone (on the “dead” or poorer ear) to the good ear using a radio signal (like FM), we instead sent it magnetically. And rather than ignoring the poorer ear, we were able to amplify both ears AND send a good deal of the signal to the good side. By performing specialized custom programming of Samantha’s aids in this way, we managed to get her back some improved use of what was assumed to be a useless ear, both in terms of her balance (important for a dancer) as well as her actual hearing, not only in quiet, but also in noise.

When we wanted to, BOTH ears are actually REAL hearing aids (not just a mic on the “bad” side) so we could send low-gain amplification to the “good” (normal) ear to make up for any loss that only hearing well for many years in one ear can create (such as Auditory Processing Disorder and related symptoms), as well as stimulate the poorer ear, in a conventional way, with power amplification. What I set up for Samantha was two hearing aids in one - one that streams sound to the better ear while still stimulating the poorer ear (called the AmpCROS) and the other, a conventional set. She can switch between the two by pushing a button on the left aid. I also set her up with a streamer (for hearing her cell phone in both ears, an Android) as well as a very basic remote microphone that can send a voice 15-20 feet. This is a very specialized setup. There are likely fewer than 20 audiologists in the US working with the AmpCROS, instead choosing the risky surgical option (cochlear implant) or letting the poorer ear atrophy by lack of stimulation.

This stimulation keeps the poorer ear from atrophying any further in the auditory centers of the brain, something that Samantha had already experienced.  It’s just like having a stroke and then not going to physical and occupational therapy. The under-stimulated part of the body basically DIES off. The arm withers, the hand curls. That part of the brain loses mass (in the motor cortex, in the areas of touch sensation...etc.).  Google “Brain” and “Hearing” and “Johns Hopkins” and “NIH” and see what you find.